Not all rope rescue teams are able to access the rescue site with a vehicle, like fire departments or industrial teams can.  Backcountry rope teams, such as mountain rescue or search and rescue, typically have to transport the gear they need on their backs, or from a strategically placed gear cache.  These teams are often on the lookout for lighter-weight gear to accomplish the rescue.

A number of years ago, Emergency Management B.C. was looking to update their rope rescue program for its Search and Rescue teams.  With grant funding, they worked with Base Camp Innovations based out of Invermere, B.C. to test a number of rope rescue systems and equipment.

Out of this testing came the concept of force limiting rope rescue systems.  The testing revealed that a worst-case fall scenario produced forces that fell in the range of 6 to 12 kN.  An engineering factor for force limiting was applied, after which it was proposed that if the rope system were rigged to 20kN+, then it would be more than able to withstand a worst-case scenario fall of 12 kN.

The second caveat was that the system had to remain functional after the fall.  EMBC and Base Camp Innovations tested a number of different setups and devices, such as ATC belay plates, the scarab, and micro brake racks.   Both belay plates and the scarab remained functional after the drop tests, while the micro brake rack saw some frame distortion.

From this testing, it was concluded that if a scarab/ATC was rigged away from the anchor, and a prusik was installed between the anchor and the scarab/belay plates, this system would be able to withstand a worst-case scenario fall and still remain fully functional.  It was also concluded that this system works with 11mm static rope.

This research provided SAR teams the choice to carry lighter gear when they had to access remote rescue sites under their own power.

Want to see the original report?  Access it here.

What You’ll Need For A Component-Based Rescue System

How To Build It

Find and build a suitable anchor.  Off the anchor, attach an extension loop that is rated to at least 20kN.  At the end of the extension loop, attach your DCD.  Run the rescue line through the DCD.  Between the anchor and the DCD, install the 8mm prusik.

The Scarab is show below.  When using the scarab, three horns must be engaged at all times during operation with a live load.

Operation of the System:

Switching to a Raise

Switching to a raise can be accomplished by holding the load past the decent control device.

Thanks to instructor Jason Wolsky for putting this piece together.

Interested in learning more about strategies like the component based rescue system? Join us on our next technical rope rescue course. Our rope instructors will be happy to answer any of your tech rescue questions, and can help you evaluate the best way to approach your unique rescue gear needs. 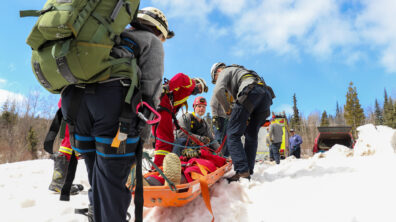 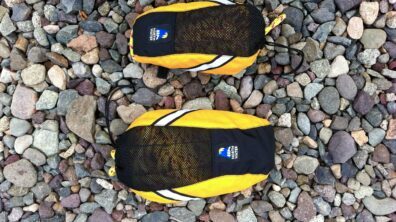 Pick The Right Throwbag For Your Job 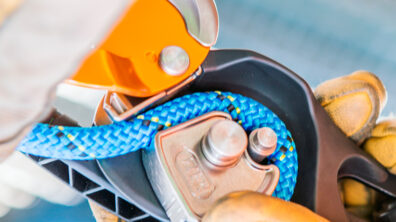