Field workers carry their jobs on their backs. Sometimes the work day requires kilometers of hiking through brushy undergrowth before reaching a stream for sampling.  Faced with these conditions, shedding weight is a top priority – and that’s where a rescue belt for fieldwork comes in.

One of the best ways for field workers to cut bulky weight (while still remaining prepared for working in and around water) is to carry their water PPE on a belt around their waist.

Northwater has a range of belts that can meet fieldworker needs, from light and lean to ruggedly robust.  We’re here to help you pick the right one for your job.

Its second 1″ strap and second cam allow the wearer to jettison their throw bag or tow line without removing the belt from around their waist.  Translation?  The rescuer doesn’t risk losing their belt mid-rescue.

There are three belt loops on the North Water Quick Draw belt.  These loops eliminate sagging when you get wet, and they keep the bag tight to your waist.  Combine this belt with the North Water Raven for a waist belt throwbag.

The North Water Quick Draw belt is the lowest profile alternative available to the North Water EDS belt (which is particularly handy if you wear a larger volume PFD).

While still incredibly low profile (the whole system is built on a 1½” belt), the Double Draw belt features the addition of two 1″ straps and cams, making it possible to carry more than one accessory.  Numerous combinations of belt/gear pouch/throwbag are possible.

This standard system begins with a flotation equipped belt and a rated “swiftwater blow-out buckle.” On either side of the waist is a single-hand deployment quick release system.

You’ll also find a 2″ stainless steel D-ring attached to the back of the EDS belt, which allows the belt to be used as a containment anchor during single-rescuer throw bagging of swimmers.

The North Water EDS belt is an excellent choice for individuals wearing low-profile PFDs.  Users wearing larger-volume PFDs sometimes comment that the EDS belt and their PFD are competing for the same real estate.

Numerous belt/gear pouch/throwbag configurations are possible with the EDS belt.

The right rescue belt for fieldwork won’t only help you manage your gear – it will also keep you safer.

We recommend that belts are always used as an attachment point for a throwbag.

Whenever you are wading or swimming with a throwbag, consideration must be given to where you secure it.  If your throwbag is simply clipped onto your PFD, potential exists to become entrapped if some of the rope deploys out of the bag.  Attaching your throwbag to a quick release ensures that you will always be able to free yourself from your throwbag, should it ever become hung up somewhere. 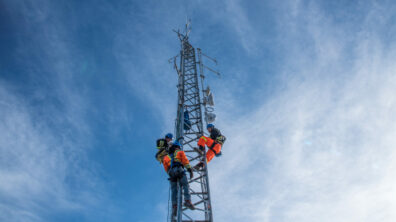 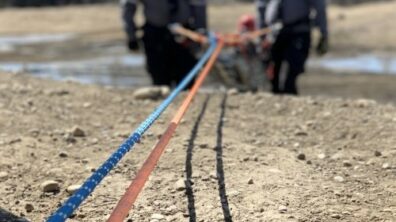 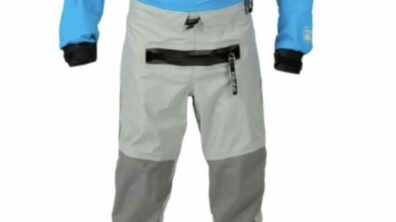