Learn more about the Flood Legacy Bursary, and sign up for an email reminder to apply!

I Have been a firefighter with Rocky View County since 2015, and am also an active member of High River Fire Department and Foothills Fire Department.

I took an ice rescue course with Travis a couple of weeks ago and loved the course. He was an amazing instructor and I learned a lot. I have never taken swiftwater rescue before and have heard Raven’s course is outstanding.

During the 2013 floods, I lived in downtown Calgary just north of the stampede grounds, where I also worked as a carpenter. The morning of the floods I woke up to go in early to help at the grounds. As I rode my bike towards the grounds, I rode through water a couple of feet deep. Police had roads shut down, and people were getting evacuated from their homes.

I rode to the Victoria Park station and stopped on top of the walkway to see Mcleod trail looking like a river. I kept on going into the grounds only to find the barns completely gone.  25th Ave was also under water. By the time I circled back to the main parking lot, I noticed it was starting to go under water, too.

I decided to go home and then had to evacuate my house. I had to stay with a friend for a few days, but then had to go back to work and try and help clean up the mess at the grounds.

I now work with three departments and volunteer with one other. They all have water in their area. I would love to get my swiftwater rescue course so that I can be a better flood emergency responder and pass knowledge on to my fellow firefighters.

The morning of the flood of 2013, before I went to my full-time work in downtown Calgary, I woke up and went to check the water level on Highwood River.  Then I made a call to the fire chief asking if he needed me.  He told me to be available, but that I wasn’t needed at that moment.

But by approximately 0800h, I got a text from my wife to come back home, as she was getting water in her work (in downtown High River).  When I got back to town I rushed to get my son from his daycare, which was full of water about few hours later.  After that, I rushed to man one of the command trucks. I didn’t even have time to get my bunker gear from the main hall.

Initially, I was in one of the command trucks just to monitor the NW quadrant of the town, but very quickly the decision was to made evacuate and I found myself driving around announcing the evacuation order.  It was a surreal experience as the water levels were rising as I went from block to block, which included the neighbourhood of my son’s daycare.  After this it was all just a blur…

… I remember not being able to talk to anybody over the radio, as the radio traffic was just insane…

… I remember the feeling of helplessness as I didn’t have the proper flood emergency responder training or the tools (at least for the first few days), while I was stuck in the NW quadrant…

Since then I have had some major life changes but I believe I, as a firefighter and an individual, have been more challenged and persevered.

I thank Raven for providing this opportunity and hope I am a successful candidate for this bursary. 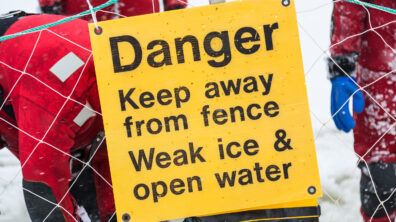 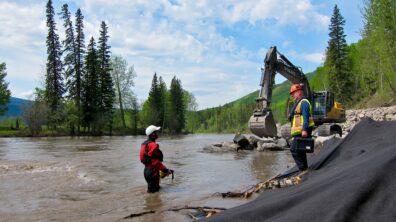